For more than 70 years, a small, apparently unremarkable painting depicting Christ’s blessing hung unnoticed on the walls of the pretty medieval church of Holy Trinity in Bradford-on-Avon in Wiltshire. Sometimes admired, but mainly taken for granted, few parishioners or visitors gave the painting a second thought.

Then, out of the blue, research by art conservator Kiffy Stainer-Hutchins and art historian Simon Watney, revealed that the painting was a 15th century Flemish masterpiece by Quentin Metsys. It had originally been given to the church in 1940 by Major T Goff, a parishioner and a great grandson of William IV, and was one half of a bigger painting featuring the Virgin Mary. Somehow, somewhere, in the mists of time, it had been sawn in two.

The sale of the Metsys painting and funds from the community helped to raise £2m for a radical renovation of the church, which featured a new layout, underfloor heating, a new organ, a raised floor, new seating and furniture, a kitchen, toilets and office space. The Grade I listed church was closed for nearly two years, whilst the refurbishment took place.

One of the key drivers of the new-look warm and welcoming modern church is the furniture, designed and manufactured by Treske. Treske supplied a solid oak nave altar, with a hand-carved cross on top; eight solid oak choir frontals; 37 solid oak, three-seater benches; one priest’s desk; 11 St Mary armchairs in solid oak; and 11 St Mary side chairs. 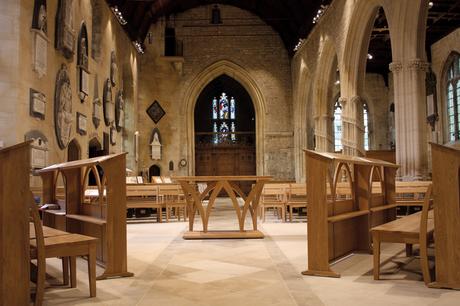 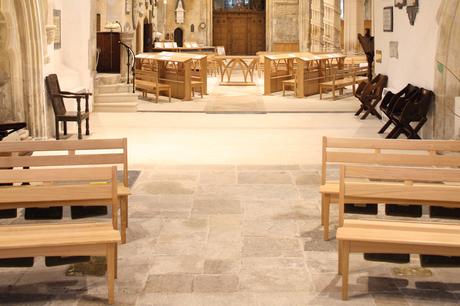 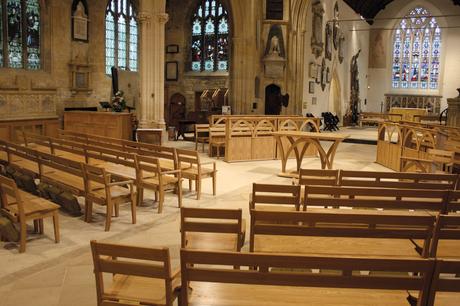 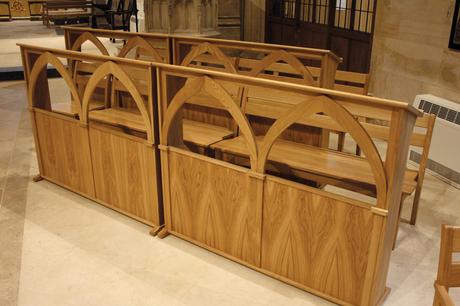 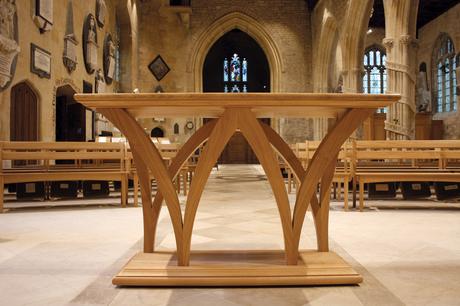 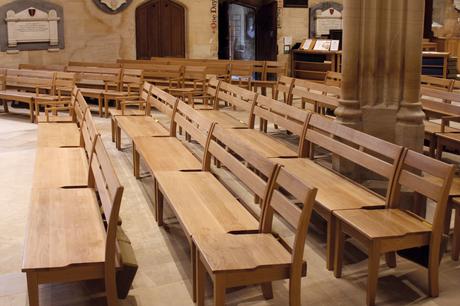 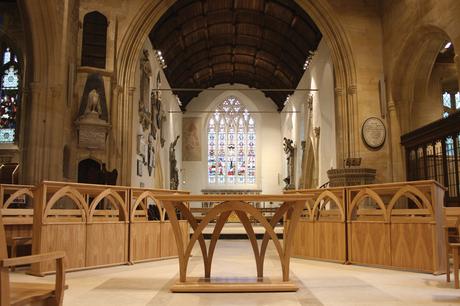 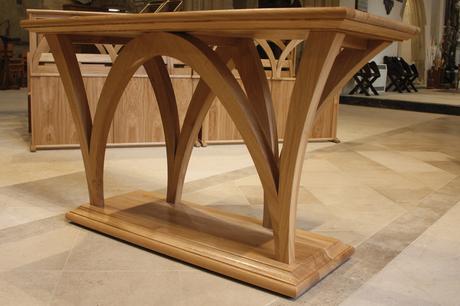 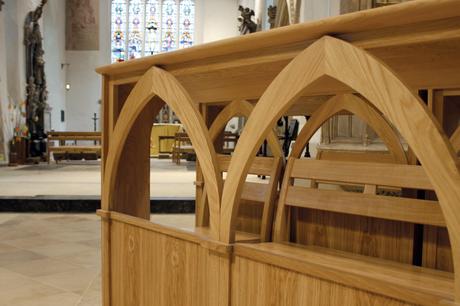 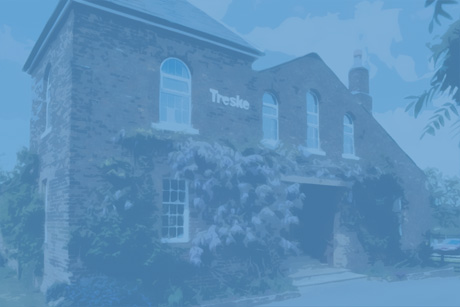